My father is a basketball fan, through and through. Born and raised in Glen Burnie, Maryland, dad was a Terrapin fan. He shared his passion with me through my tender years. I was the benefactor of his great love for the game.

In 1972, he took all of us to Cole Field House to see Maryland battle the eventual winners of the NCAA Championship, the NC State Wolfpack and star, David Thompson. I was only six years old, but even then, I felt the electricity and passion of the game. 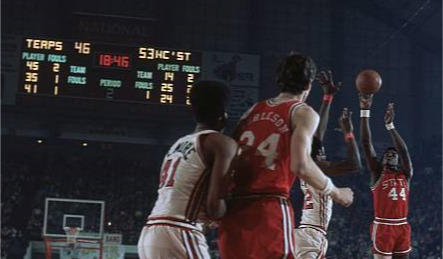 Dad also paid my way into three highly touted basketball camps, including the DeMatha High Metropolitan Area basketball camp led by Morgan Wooten. That camp featured future stars Derrick Whittenburg and Sidney Lowe, members of the renowned NC State championship team of 1983.
In 1978, my dad did the unthinkable. He bought two tickets to the Atlantic Coast Conference Tournament in Greensboro, North Carolina. One was for him. The other was for me.
If you’re not a basketball fan, or are not from the East Coast, you will have no appreciation for what this means. Let me break it down for you. In the 1970’s and 80’s, the ACC Tournament was perhaps the greatest athletic venue of its day. It was the mecca of college basketball. Those were the days when guys stayed in college all four years. Those were heated rivalries with great teams, wild fans, and phenomenal coaches. My dad had just given me the greatest present a basketball fan could ever ask for.

We caught a flight out of Des Moines with a connecting stop in Chicago O’Hare, and landed in Greensboro on February 28, 1978, the day before the mayhem began. Changing gates in O’Hare, we noticed a bunch of tall, lanky guys seated by themselves in the busy airport. As we strolled over, my dad recognized them. In the center of the group was a talkative one, with a flamboyant, grinning face, and laughing eyes. He was clearly the leader, joking with the others. Handing me a pad of paper, dad said, “go over and get those guys’ autographs.” I remembered the smiling face of the talkative one. I had seen him play on national television earlier in the season. I remember marveling at this 6’8” point guard with fluid moves and pinpoint passing. It was none other than Earvin “Magic” Johnson, and the guys seated around him were members of the 1978-79 Michigan State Spartans.

Little did any of us know that in a few short weeks, these guys would be clipping the nets in Salt Lake City, Utah. I thought I had misplaced those autographs, but yesterday as we were straightening our room, my wife found them tucked between our mattress and box spring. I’m not sure how they got there, but I really don’t care. I’m like the widow in Jesus’ parable who found the lost coin.

The ACC Tournament was the culmination of another great season of college basketball, teams laden with NBA prospects battling it out. That week in March, 1978, I got to see some of the biggest names in college basketball. The Duke Blue Devils were led by future NBA stars Mike Gminski and Jim Spanarkel. Also there was legendary coach Dean Smith and his perennial powerhouse North Carolina Tar Heels. They had Mike “OK” O’Koren, Rich Yonaker, and Dudley Bradley–perhaps the greatest ball stealer who ever played the game. Maryland had a good team that year. Their colorful coach “Lefty” Driesell had assembled the likes of Buck Williams, Albert King, Ernie Graham, and Dutch Morley. As talented as they were, that team never lived up to its potential. They faced UNC in the second round of the ACC Tournament. My dad hated North Carolina with a passion. So did Lefty. When North Carolina defeated Maryland in the second round by a whopping 102-79, Lefty got so mad he pounded his folding chair and left it in a twisted wreck. 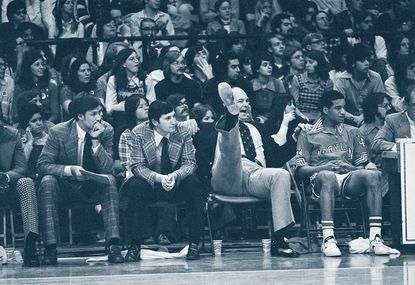 ACC fans are like no other in the nation. They are insane, unrelenting, and at times, viciously creative. The Duke section was notorious for their nastiness. During the 1978-79 season, their arch rivals, the North Carolina Tar Heels, tried to slow the game down by stalling. This was the era before the 30-second clock. A team could literally stand there and pass the ball back and forth for an entire half without shooting. In an earlier game that season, the ‘Heels did just that. They certainly kept the score low, although Duke had gotten the better end of it. At half time, the score was 7-0. That’s right–UNC failed to score the entire first half. 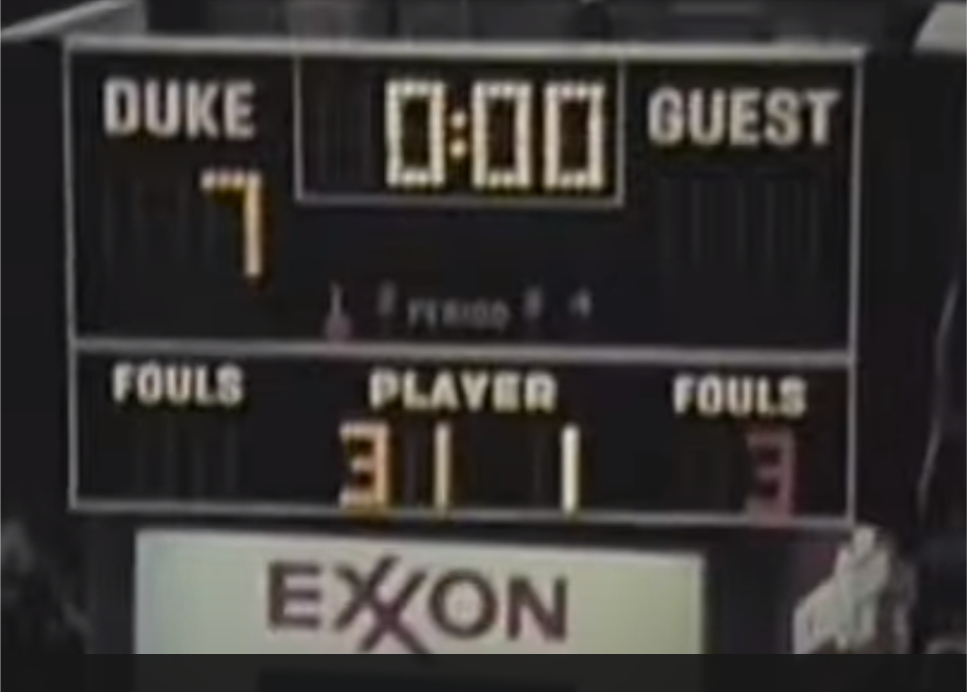 They lost that game, 47-40. Even worse, they had given the Duke fans plenty of ammo. At the ACC Tournament, the entire Duke section raised newspapers over their faces and chanted, “BOOORRRING”, “BOOORRRING” whenever North Carolina had the ball. At times, they mixed up the taunting with shouts for “ZEEEERRROOOO”, reminding their powder blue rivals of their scoreless first half earlier in the season. These guys were downright cruel.

But in the end, it was UNC who got the upper hand in that ACC Tournament, beating Duke, 71-63. Dean Smith got his seventh ACC title. It was another great season in the ACC.
Now Maryland is in the Big Ten for crying out loud. And there are former Big East teams in the ACC. These acts of insanity were only outdone by COVID-19 shutting down March Madness. What is this world coming to?

In a year when everything is shutting down, little stories like our trip to Greensboro in 1978 warm my heart. I am happy to remember the good old days and some of the greatest years of college basketball. I am so thankful I got to share some of those memories with my dad.